You are here:
BlogFront PageMarketing Derby 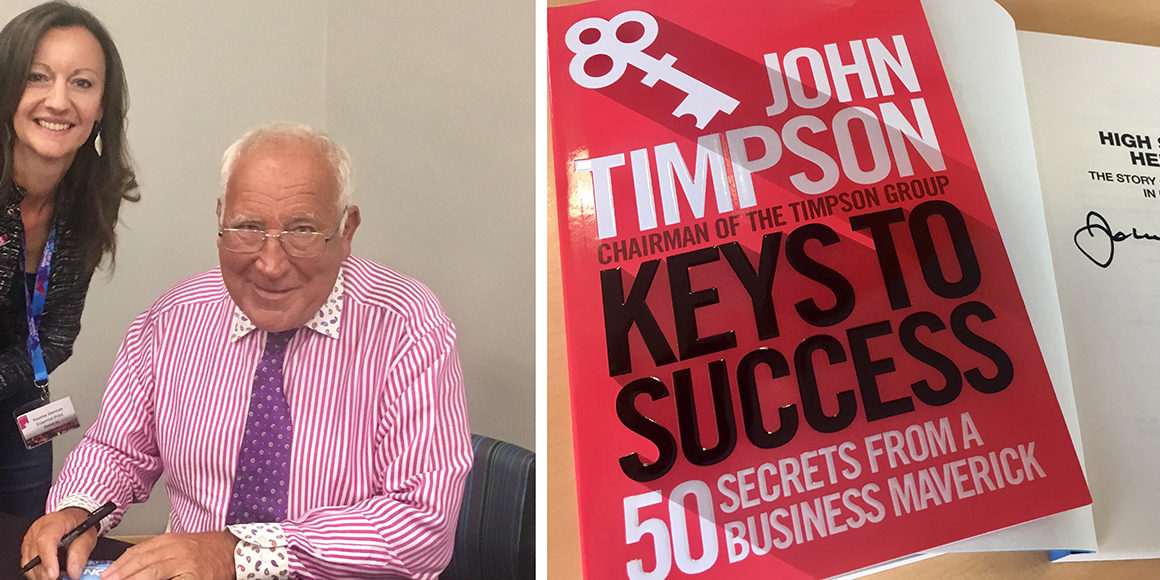 Founded by Sir John’s great-grandfather, William Timpson in 1870, Timpson originated as a retail boot and shoe business based in Manchester.

Timpson, which remained very much a family business, was taken over in 1973. Skip ahead 10 years later, when Sir John led a £42m management buyout. And then in 1987, when Rick Astley was in the charts and I had just turned 5, Sir John sold the shoe shops and concentrated on building the shoe repair and key cutting business that most of us know Timpson as being today.   But the company has diversified into engraving, watch repairs, dry cleaning and photo processing.

Timpson now has over 1900 branches nationwide, including Max Spielmann and Johnsons the Cleaners. The Group has a turnover of over £200m* and profits of over £20m. It remains a private business still owned by Sir John Timpson and family.   Timpson is recognised for its creative approach to employee engagement and is the UK’s most active employer of ex-offenders. I admire how they have replaced their HR department with a “people support” team, whose main role is to help colleagues to sort out personal problems. *Sir John mentioned that it’s probably more like £300m!

In 2004 Sir John was awarded the CBE in the Birthday Honours List for Services to the Retail Sector. The awards didn’t stop there, we’ll find out later on.

When I was writing this I immediately thought of a pun, “Oh I’ll ask Sir John ‘What are your ‘keys’ to success’ but it would seem he’s already written the book on it! It published in 2017 and recognized as a CMI Management Book of the Year. (Chartered Management Institute).

I’m unsure how racy this book is because Google told me that ‘People who read this book, also read; ‘Sex Education – a parents guide’. Let’s move swiftly on….

Sir John’s passion for writing also spills into the national press and is The Telegraph’s business agony uncle – a weekly column that he’s contributed towards for 11 years, its straight talking and full of common sense. And yesterday article was no exception, I’ve shared it on the Essential Print twitter feed.

Now, its clear that Sir John has put his heart and ‘sole’ into his business, but he remains very much a family man; he was married to his wife Alex for 47 years, who sadly passed away in January 2016. They have five children Victoria (48), James (45), Edward (43), Oliver (41) and Henry (29). But the additions to his family life didn’t stop there – oh no! Sir John and his wife were also foster carers for 31 years, during which time they fostered 90 children.

And in 2017 he was awarded a knighthood for Services to Business and Fostering. And I’m sure you’ll agree, deservedly so. Let’s now hear from the man himself. Let’s give a huge, warm, Derby welcome to Sir John Timpson.

Essential Print Services' Owner; Yvonne Gorman, "I love to share my top print tips with my clients and associates. By educating business owners in Derby, Burton and beyond, about great quality print and what can be achieved, I hope to raise the standards print and marketing collateral".